Traumatic Brain Injury: What It Is and How to Treat It 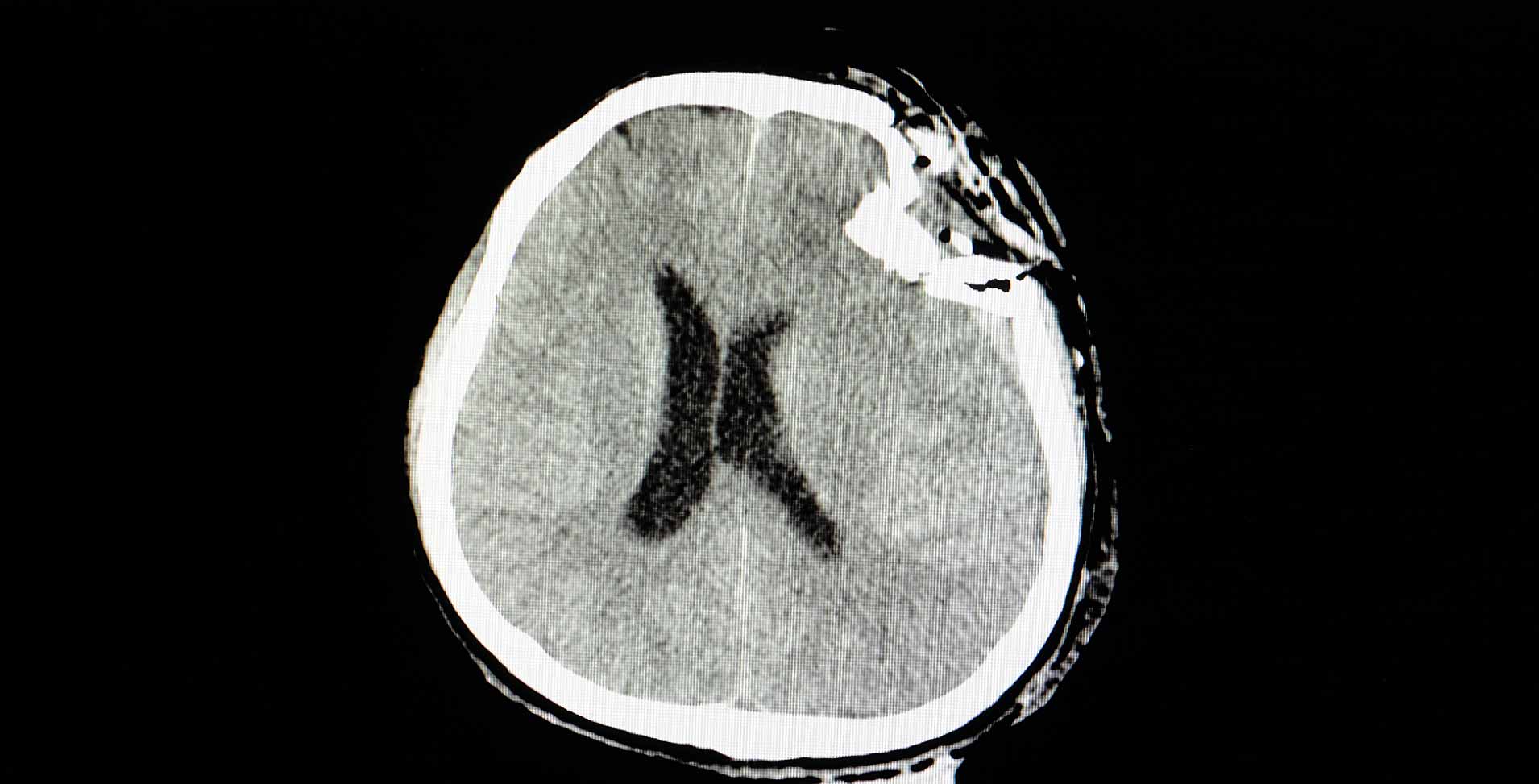 Traumatic brain injury (TBI) can be defined as damage to the head caused by external forces, such as falls, accidents, direct physical violence, or other impacts. The consequences can differ from a harmless, symptom-free progression to severe damage with unconsciousness, coma, and death. The effects of head injuries may lead to a limitation of one's physical ability, such as problems with vision, speech, coordination, and even thinking.

Thus, the internationally widely applied Glasgow Coma Scale is used to classify brain injuries into three levels of severity. A clinical examination is performed, to assess a person for their best motor, verbal, and eye-opening response. The result is a score between 3 and 15. A score between 13 and 15 indicates mild TBI, a score between 8 and 13 indicates moderate head trauma, and a score below 8 indicates a severe intracranial injury.

It is crucial to check these bodily functions regularly, as well as the vital signs such as respiration, blood pressure, pulse, and pupil function, as the state of the patient's condition may deteriorate during the surgery, making further measures necessary. These regular checks must also be performed during the patient's transportation to a hospital with an accompanying specialist department and throughout the initial period in the hospital. Hence, monitoring makes sense even in the case of supposedly harmless symptoms. In case of doubt, computer tomography (CT) provides information about injuries to the skull and brain for further diagnosis. Due to the well-documented development of the patient's symptoms, a change can be detected quickly and must be treated immediately.

In the case of a concussion, no visible injuries are evident on the CT scan. Symptoms range from a headache, dizziness, nausea, and vomiting to amnesia (i.e., memory loss) of the events before, during, and after the accident. In contrast to a concussion, one speaks of a cerebral contusion, a bruise of the brain tissue, when visible injuries to the brain have occurred.

Traumatic Brain Injury: What is TBI?

If the skull is hit with force (i.e., with an object), bone can fracture, and when the underlying meninges are also injured, one speaks of an open craniocerebral trauma. As a result, cerebral fluid may leak through the nose or ear. If the flow of cerebrospinal fluid (CSF) does not stop on its own, surgical coverage is required to prevent inflammation within the brain. If the fractured pieces of bone press into the brain, they must be removed, and a cranioplasty is sculpted. If a fracture of bone occurs without displacement, surgical therapy is usually not necessary, as the fracture will heal on its own.

Furthermore, the impact (the primary trauma) can lead to bleeding in the skull, which needs surgical treatment. Depending on the area, one must consider the type designation, as five different forms of bleedings are distinguished.

Furthermore, brain swelling, known as cerebral edema, can occur as one of the consequential damages of TBI. In this case, various pathomechanisms lead to an influx of fluid to the brain tissue, causing the brain volume to expand. It increases the intracranial pressure with the inelasticity of the limiting cranial bone, compressing the brain. Secondary damage (a life-threatening scenario) may result, which must be treated in a specialized intensive care unit. In this case, the aim is to reduce the intracranial pressure once more. Various options are available for this in terms of positioning, ventilation, and drug therapy.

If these interventions are ineffective, a decompressive craniectomy can be performed: For this, surgeons mill out a large area of the skull bone on one side and then continue to expand the meninges. This procedure allows more space for the swollen brain and prevents damage from possible entrapment. After the brain edema has subsided, the surgeon refits the bone or inserts a customized implant can. For the latter, the missing skull bone is reconstructed using a previously obtained CT image - called a cranioplasty. The reconstruction is fixed to the remaining bone through small plates and screws and, thus, usually results in a satisfactory cosmetic result.

TBI symptoms and the duration of a TBI depend on several factors, as patients who have suffered and survived a severe TBI often require a long rehabilitation period after their stay in the intensive care unit. Rehabilitation occurs in a specialized clinic and aims to restore everyday functions such as walking, speaking, swallowing, and eating. Depending on the extent and area of the brain damage, speech and coordination problems may take several weeks and even months to restore. In the event of irreversible damage, rehabilitation can also fail. In this case, certain brain areas cannot recover, leaving some patients dependent on permanent help, care, and attention. In addition to the severity of the injuries, the patient's age, existing concomitant injuries, previous illnesses, and the social environment also play a role. The primary goal is the prevention or regression of permanent damage and the recovery of everyday functions. A severe TBI with prolonged time spent in the ICU with ventilation must also be psychologically processed because such patients often experience post-traumatic stress disorder, which needs to be treated.

The prognosis for minor TBIs, such as concussions, is much better. Here, the symptoms often recede after a few days or weeks, and medication can provide good relief from symptoms such as headaches and nausea. However, even in the case of a mild injury, long-term complications can remain, such as concentration difficulties, loss of smell, or the inability to work under pressure. Especially in the case of recurrent trauma (i.e., in the field of work, sports, or other athletic activity), permanent consequential damage seems to be possible. Not only martial artists such as boxers but also soccer players, who frequently and regularly use their heads for headers, are at increased risk for later neurological diseases. Thus, as in football and other activities, there are strict requirements for returning to play after a TBI. The same applies to training teenagers to avoid premature damage.

Avoiding a TBI and its Consequences.

In Germany, craniocerebral injuries of all degrees of severity are about 300 cases per 100,000 population per year. Of these, 33 patients suffer from a severe TBI.1 According to research, young male adults who suffer an accident under the influence of alcohol are particularly frequently affected. As per the German Federal Statistical Office, around 10,000 people die each year from direct or indirect consequential damage caused by craniocerebral trauma. For children, it is considered the most common cause of death.2 In recent decades, the mortality rate of intracranial injuries has decreased significantly due to changes in traffic policy (compulsory use of seat belts and helmets) and improvements in intensive care, surgical and diagnostic facilities.

There is further room for improvement in the area of fall prevention, particularly among older people, who are at greater risk of experiencing major bleeding in the event of a fall, as they often take blood-thinning medication.

For children to suffer a head injury, falling higher than their own height is often dangerous. Especially younger children and babies often underestimate their mobility and fall from sofas and changing tables. In addition, they are often overlooked in road traffic due to their height and can only estimate distances and speeds when they are older. Training and increasing the awareness of all road users and traffic education in schools is reasonable while wearing a helmet when using a two-wheeler is also recommended for all age groups to prevent injuries to the skull and brain.

What to Look for in Treatment:

Since rapid treatment is often necessary in the case of craniocerebral trauma, saving time with safe tools and the expertise of the treating physicians is essential.

A borehole is needed to open the skull and relieve a hematoma. The evoDrill single-use cranial perforator is ideally suited for this purpose. Subsequently, a so-called craniotomy is performed, during which a part of the skull bone is milled out. To save time and effort, using the evoDrill benefits both surgeon and patient.

Once the surgeon covers the calvarial defect, it is vital to ensure a good fit and secure fixation. Here, plates and screws such as the evoFix or evoFix sterile come into play. In particular, the evoFix sterile offers the advantage of being a complete aseptic set. There is no need to assemble or search for anything: All possible screws and plates, including the screwdriver, are ready for use: This saves time, especially in an emergency.

In case of cerebral edema, when the bone flap is not immediately refitted, surgeons can use the evoProtect anti-adhesion foil to create a secure layer that is easy to dissect when they refit the flap later. This offers the advantage of making the surgery safer and shorter for the patient. If the bone flap is no longer available, a cranioplasty (evoShape) can be customized for the patient. Using a CT image, this is reconstructed and leads to a favorable cosmetic result.

We like talking to our customers because that’s how we get to understand what you want, and how to make our products better. So whatever you want to ask, we want to hear it. Get in touch using the form below.